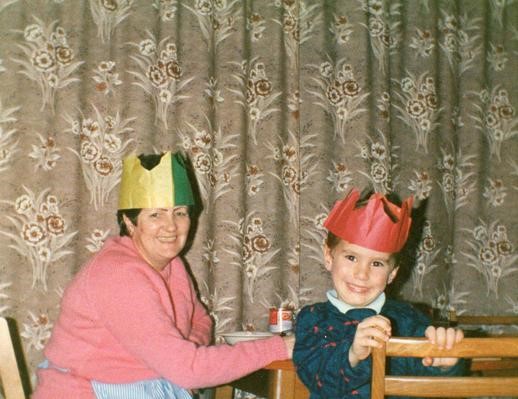 15 June In Guest Post by Vanessa Whitaker Tags: support It Gets Better today

Many of us complain about just how difficult our lives are. We become stressed because the show we are binge watching ends. We say that we have anxiety because we don’t know if the local café will get our lunch order right. We might even say that we feel abused by our parents because they didn’t buy us the latest tech gadget that everyone else had.

While, in our mind’s at least, these feelings are very real, they aren’t very accurate. When told to a small child who really is abused, both physically and mentally, or whose anxiety about their home life is very real, these situations seem very minor. We shouldn’t be afraid of our parents and our homes shouldn’t cause us to feel anxious, depressed, or suicidal. But, such is the story of a little boy growing up in the UK with an alcohol and drug addicted mum.

That story is very real and, although it might seem tragic now, it does have a happy ending. In Terence Lloyd’s latest book, his message is all about how It Gets Better, he takes a look at his own childhood and how the everyday fear and anxiety affected his life then, and how it has molded him into the man he is today.

Terence Lloyd’s troubling childhood might seem like an implausible fairy tale written to sell books, but it is very real. And not only was this his childhood reality every day, but it is the reality that many children face all over the world. Terence was shipped off from one foster home to another, making him feel unwanted and less and less important. This instability in his childhood led to relationship and social interaction issues in adulthood.

While Terence never became a drinker, a drug addict, or a smoker, he did end up homeless which led to a mental breakdown. Terence was at the lowest point in his life and it seemed that nobody cared. Well, almost nobody. You see, Terence was assigned an angel in the form of a mental health nurse. In his struggle to regain stability in his life, she was a pillar of strength and motivation. She was someone who cared.

This enable Terence to find the courage to seek out his father. Once he did, the two had phone conversations for months before finally deciding to meet. Terence finally felt like he had the family he had been dreaming about until, one day, he was rejected by his father because he didn’t fit his standards. Terence was crushed and he continued on feeling unwanted and as if something were actually wrong with him.

Then, one day, he realised what was wrong with him. Absolutely nothing. He finally had the will to live his life the way he wanted, free of judgement and free of the weight that was his family hanging over him. Terence learned that miracles don’t materialise until you adjust your approach to life, when you determine to work towards improving yourself.

This prompted him to reach out and get the help he needed so he could live his life the way he wanted and it encouraged him to write his book, Little Lost Boy, as a way of telling others that life is what you make of it and it can get better if you want it to.

Support It Gets Better Today

If you feel that it is important that Terence’s story is read by anyone who is in a similar situation, or who could learn from his life, support It Gets Better today by donating on the It Gets Better crowdfunding page now.

Depression is a Mosaic Tapestry
https://medium.com/@Terenceandneo.co/depression-is-a-mosaic-tapestry-4a388ea0627b

If you enjoyed this article, please feel free to share it on your favourite social media sites.