Bella was expecting a golden microphone from her singing-star Dad for her thirteenth birthday, but instead she gets a present she really doesn’t want. Even worse, her dad is dating a real-life witch who wants revenge on Bella’s family. 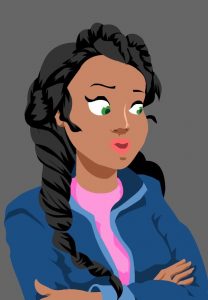 Bella is transported to a magical realm where she must first defeat a powerful and malevolent witch called the Dark Forest Queen to save her father. But before Bella can expose Ursula, the witch, in the real world, she’s blasted into a magical realm to fend for herself.

Alone and in an unfamiliar place, she turns to the one individual who she knows who can help. A magical creature with a past connection to her family. A doll she was given for her thirteenth birthday called the Rat King.

Along the way Bella will make friends and allies, and her fair share of enemies. From hedgehog princes, a Godfather Bear, Bear Bosses, Mr. Fox, Badger, Gecko sailors, and Tilman Regimental Toy soldiers, plus Lizzie and the Lizard Gang… And many more.

Read chapters for free on Medium on your mobile.  http://bit.ly/2qMaHNx
Matteo Palacios is the author of this fantasy story. Edgy and dark enough in themes, dealing with grief, loss, adversity, but still accessible to children. Filled with illustrations.